Indian Aircraft Carrier INS Vikrant: Friends, we all understand that Aircraft Carriers are very critical assets for the Navy and Marines of any country. Whether it is maritime dominance or a military operation, an aircraft carrier for any country brings many opportunities and capabilities.

A few days ago, on 2nd September 2022, PM Narendra Modi commissioned the aircraft carrier INS Vikrant. It’s a proud moment for India, as the construction of INS Vikrant has added India’s name to the list of countries that have created great aircraft with the help of indigenous technology.

Today, after the commissioning of INS Vikrant, India has two operational aircraft carriers, which will further strengthen the country’s maritime security. Earlier, India had only one aircraft carrier INS Vikramaditya.

With the increasing interference of China in the Indian Ocean, the Indian Navy is focused on enhancing its capabilities. INS Vikrant has been included in this operation. According to experts, India needed at least two aircraft carriers because the country has an almost 7000 km long maritime border, which is two-way.

On one side, it includes the Bay of Bengal; on the other, it is the Arabian Sea in the West. In such a situation, India needs aircraft carriers at two different ends. At the same time, India has a Special Economic Zone of about 23,00,000 square miles in the Indian Ocean. India needs two aircraft carriers for its security.

Recently India’s INS Viraat Aircraft Carrier was decommissioned, i.e. retired. The Navy needed INS Vikrant because the effect of conflict with China on the Line of Actual Control (LoC) was also visible in the Indian Ocean. For some time now, the activities of China’s battleships and submarines have increased a lot in the Indian Ocean.

Apart from this, after globalization, China has greatly increased the strength of its Navy. You will be surprised to know that in this arms race, they also left behind the US Navy; today, China is the world’s largest Navy. China commissioned two aircraft carriers between 2012 and 2022 and is working on the third.

In such a situation, India needed INS Vikrant to keep an eye on the sudden activities and control them. INS Vikrant will also do the power production of India by going to the Maritime Border as a Carrier Battle Group, i.e. CBG.

Besides this, INS Vikrant Launching Technique is the best Aircraft Carrier apart from Fighter Jets Helicopters including MiG 29-K, Kamov 31, Mk 54 Torpedo, and MH 60R Multirole Helicopters fitted with Hellfire missiles in it.

Thanks for reading this Indian Aircraft Carrier: INS Vikrant blog. We appreciate your time and patience. If this blog helps you understand something, let us know in the comment section below. 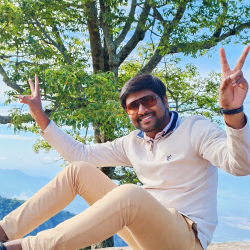